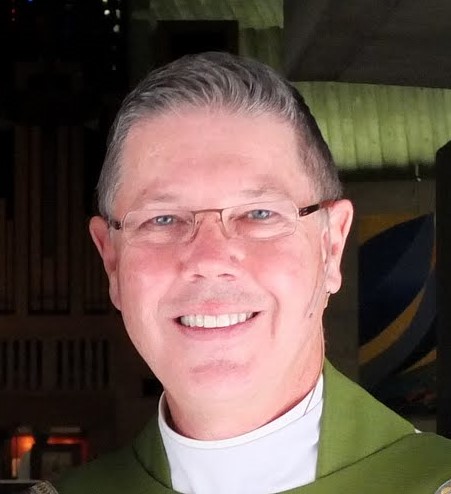 Office Hours: Tuesdays, Wednesdays and Thursdays, 9:00am - 4:00pm, or by appointment.

When asked where he comes from, Terry is never too sure what answer to offer: Australia, New York, Vermont, and California are all possibilities. He was born, raised and went to seminary in Sydney, where he was ordained to the Roman Catholic priesthood in 1980. After ten years in parochial, campus and diocesan ministry, and with a graduate degree in education, he came to New York City to join a religious order and worked in the field of developmental disabilities and mental illness. In New York, Terry began worshipping at St John's in the Village, where he was received into the Episcopal Church in 1998. It was in New York that he met his husband Dennis - in 2009 they adopted a newborn baby girl, Chiara. After completing a Masters in Sacred Theology at the General Theological Seminary, concentrating in Sacred Scripture, he was received as an Episcopal priest in 2003 and served at Christ and St Stephen's on West 69th Street. He was called as Rector of St Stephen's on the Green, Middlebury, VT, in 2005, and from there to All Saints’ in 2011. The topics of classes Terry has taught are probably the best indicators of his deepest interests: scripture, prayer and discernment, liturgy, church history, and monastic art, architecture and spirituality.

After Labor Day thru May